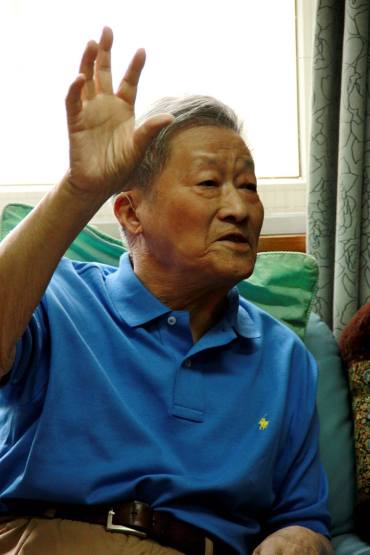 This past weekend I had the privilege of offering the keynote at the AGM of the Friend of the Church in China (FCC). I was asked to speak about two figures of whom I have written about academically: K. H. Ting 丁光训 (1915–2012)1 and Wang Weifan 汪维藩 (1927–2015).2 This was an especially interesting treat as Ting gave his famous speech about the cosmic Christ at the 1991 meeting of the FCC, and I was now asked to speak about him and another key leader in the state-sanctioned Protestant church of China, the TSPM and the CCC.

Now, if you read the literature about Ting, you will encounter many strongly polarised views. Some consider him the preeminent Christian leader of post-Cultural Revolution China, who offered a strong leadership to the TSPM and the CCC and advanced a creative new theology about the cosmic Christ for China. Others have described him as a theological liberal who has damaged the Chinese church and has served the communist party as his master above Jesus Christ. Some would even describe him as not even being a true Christian and, perhaps, even a secret communist.

The literature about Wang Weifan is quite different. First, he is always described as an evangelical leader within the TSPM and the CCC. While many would see this as a good thing, this by itself seems paradoxical: are there really evangelicals in the TSPM? After all, many believe that evangelicals only existed in the ‘true church’ – the house church. Beyond this point, it is often also pointed out that Wang Weifan would forced into retirement in 1999, due to skirmishes with Bishop Ting and the latter’s project of theological reconstruction that vetted many evangelicals in the Protestant church.3 This second point also suggests that Wang Weifan should be our hero as he stood up against the ‘secret communist’, K. H. Ting.

Rather than seeing the two as rivals within the Chinese church, my presentation at the FCC attempted to show how the two men complemented one another, and how their joint legacy has shaped some of the key contours of the Protestant church today. This can be identified, I think, in roughly three areas:

The first thing to consider is the respective backgrounds of these two figures.

For Ting, for example, his methods do not quite make sense if you come from America, like myself, where there is a constitutional understanding of the separation between the church and the state. But then I came to study in the UK and I realised that not all Christians thought this way. In fact Ting is a child of the British view, if you will, being brought up and ordained in the Anglican tradition. In China, he was both a churchman and a statesman. Likewise, in the Church of England (or the Anglican church), there is a sense that bishops are to serve in the British Parliament as Lords Spiritual. Contrary to American sensibilities, Ting’s roles in the church and in the state are not contrary to the Anglican understanding of church-state relations.

For Wang, we have to recognise that he comes from a non-Christian home. He was raised in a traditional Chinese household and began his University education studying classical Chinese literature. This of course meant he was very well trained in traditional Chinese philosophy and religion. In the midst of his training, he would become a Christian in his 20s – quite late in his life. So with this background, he would of course be very keen on developing a theology which is able to address the thinking of the traditional Chinese.

Ting’s audience, I think, is very much the communist party. Coming out the Cultural Revolution, when Christianity was (and still very much is) a minority religion, he had the double task of being a churchman and a statesman. Hence, he had hoped to provide a theological solution to bringing Christians and atheists to appreciate one another. This is particularly important after Tiananmen Square in 1989, an event in which he supported student protesters. Hence, in 1991, when he delivers this speech on the cosmic Christ, he would need to be clear that Christians can indeed work with the communist party.

In contrast, Wang’s audience, it seems, is the educated Chinese. He speaks with sophistication about Chinese traditional thought and, in the 1980s and 1990s, is quite capably addressing a Chinese society that is experience a religious fever. Not only is there a growing number of converts to many religions, but there has been (and still is) a return to the Chinese classical tradition. So his thoughts would be quite apropos for this new climate.

Thinking of these two very different approaches, Ting and Wang also must be understood as quite complementary. Firstly, they show that there is actually quite a variety of views represented by this united Protestant church. In times when crosses and church buildings are being demolished and new policies arise restricting Christian activities, the church in China today needs to have a strong figure like K. H. Ting who is able to straddle the political world and the ecclesial world. Yet likewise, we must recognise that the vast majority of the Protestant church in China, both associated with the TSPM and with unregistered churches, are evangelical. Chinese Christians need somebody like Wang Weifan who is conversant with Chinese culture and respected as a strong evangelical leader.

Yet, it is perhaps worth raising one point of criticism of both of these men: they were both elitists. China’s growing trends of urbanisation has brought together a mixture in the urban centres of peoples from urban and rural backgrounds. This raises serious questions which need to be addressed by Christian leaders beyond the elite level – beyond the communist cadre and those trained in the Chinese classics.

While there are limitations in both their approaches, there are also many strengths. We can learn much from the thinking and the contributions of these two men and look forward to what comes next in Protestant Christianity in China.