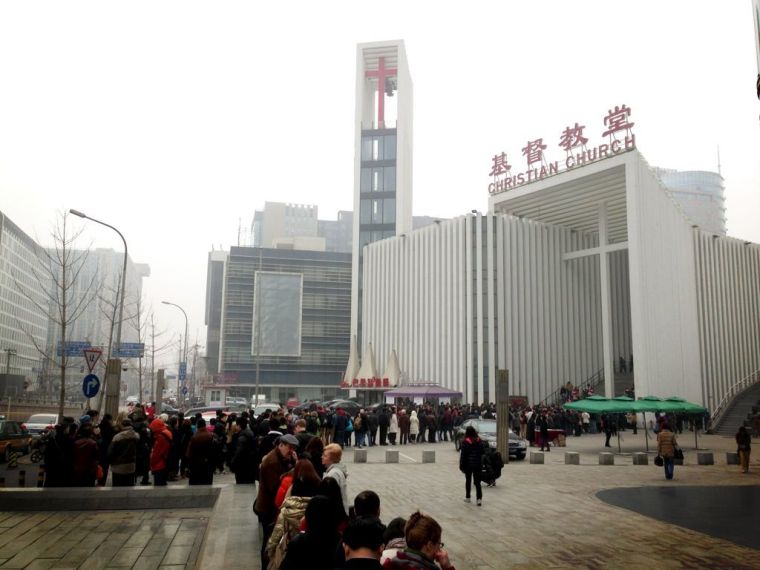 News articles are coming out today echoing a curious news piece that showed up on the China Daily yesterday entitled ‘China plans establishment of Christian theology’.1 The China Daily is an English-language newspaper that acts as the mouthpiece of the government (of course, no media outlet is unbiased). The article starts with a curious quote by the director of the State Administration for Religious Affairs saying:

Over the past decades, the Protestant churches in China have developed very quickly with the implementation of the country’s religious policy. In the future, we will continue to boost the development of Christianity in China.

The article continues by saying that Chinese Christian theology needs to be compatible with the country’s path of socialism.

The timing of the article is a bit intriguing. As some have noted, it comes shortly after the demolition of churches and de-crossing of churches has occurred in Wenzhou, the so-called ‘Jerusalem of China’, in which one out of every ten people are Christian.2 But it also comes shortly after Bishop K. H. Ting 丁光训 (1915-2012) passed away and, in 2013, the new leadership of the CCC and TSPM were chosen. The year 2013 was also when, according to the article, the church launched a five-year campaign to promote Christian theology in China.

The change of leadership and statement about creating something new is curious — because there is nothing new about it. In the 1990s, Bishop Ting initiated his project of ‘theological reconstruction’ 神学思想建设 which, according to his biographer and friend Philip Wickeri, hoped to ‘adjust’ Christianity to better ‘adapt’ to socialism.3 As others have reported, theological reconstruction also attempted to weed out conservative Christians from the state-sanctioned church — though it was not all that successful.

Ting is one of these guys that many people either loved or hated. But he protected registered and unregistered churches from various attacks by the government in the past, and was an important figure in the positive shaping of government policies on religion. With his death, the CCC/TSPM have struggled to find a new identity and strong leadership. Perhaps this ‘new’ attempt is one that hopes to inaugurate a new era for the church.

In fact, it is correct for the church in China to work towards a new Christian theology. Following the Reformation call, Ecclesia semper reformanda est – the church is always to be reformed. The church needs to constantly adapt with shifting contexts in mind – even a ‘country’s path of socialism’. However, as Simon Chan’s latest book has argued, perhaps it is not mainly the top-down push to create a new theology that will be successful, but also a theology that arises up from the grassroots that needs to be heard.